Taking care of your physical body is a necessity of continuing spiritual growth. To neglect the health of your body is to limit the reach of the soul. Be aware of the aches in your body because in them are opportunities to grow through self-healing

I came into the past week really feeling pushed to make a change in the way I was taking care of my physical body. I was tired of the stomach aches and of the mind fog that kept me from really interacting the way I would have liked with everything going on around me. I couldn’t process information as quickly as I wanted, and my body felt heavy. When I made it my intention to focus on giving my physical body what it needed the stone rhodonite immediately jumped out and wanted to help support me in this. In my initial meditation with the stone, I received the message quoted above as well as guidance to really tune into what my body needed as far as diet and exercise in order to support all of the energetic change that was occurring in my life. It wanted me to make note of the foods that made me feel sluggish or unmotivated and which made my head foggy. I could already identify a number of the foods that irritated my system – primarily gluten and dairy – so I eliminated them from my diet. I planned to eat more vegetables and drank at least one green drink (doTERRAs TerraGreens) a day. I also became aware that I needed to support my lymphatic system more as toxins were removed from my body. I added a red calcite gem elixir to my army of crystal elixirs and performed  lymphatic drainage massage on my face in an attempt to remove build up and I wore my rhodonite stone in a necklace around my neck as energetic support throughout the day.

I did well for the first few days. I could definitely feel a difference in my body after just a couple of days of clean eating. I felt lighter energetically, I had more energy, and my head was less foggy in the afternoon. These observations became even more clear when I fell off the wagon on Friday. A lunch date and birthday dinner had me eating foods that were heavy in dairy, gluten and carbohydrates and this trend carried into the weekend. I found myself feeling more tired, sluggish, energetically heavy and – surprisingly – hungrier than I had been when I was eating less at the beginning of the week. It was as if my body was craving food not because I didn’t eat enough, because I definitely did, but because I didn’t eat what my body needed and thus it wasn’t satisfied. Early in the week I had also received a message from rhodonite about cravings. It said “You want those foods for the instant gratification of ‘feeling good’ that they give you emotionally. When you are craving something you know you can’t have ask yourself why you want it. What is going on spiritually or emotionally to make you crave it?” This is something that I am going to keep in mind as I continued to work with rhodonite and jump back on the healthy eating wagon once more!

Now, It turns out that rhodonite wasn’t only working on me this week. When I went up to see my horse Scout on Saturday he was being all cuddly and cute nuzzling me like he sometimes likes to do. The more he did it, however, the more I realized that he was gravitating towards my necklace which had the rhodonite tumble in it.

When I took the stone out of the cage and showed it to him, he naturally tried to eat it first but then he dropped his head and his eyes got all half lidded like he was taking a nap. For those of you that don’t know horses, when they lower their heads it is a sign of relaxation. Now, as he is sitting there just basking in the vibes of the crystal I am thinking about why he would be enjoying this stone so much. Then I remembered that he had been having some digestive upset with some diarrhea in the past week. I wasn’t too worried as I have realized through tracking it that this is cycle he goes through about once a month. It normally only lasts a few days and he never stops acting like his goofy self. This time it seemed to be lasting a little bit longer though. When I was feeding him dinner earlier in the week it occurred to me that the hay might have been prolonging this digestive episode as it was slightly candied and very sweet. I got the sense that he felt like we would if all we at for a week were desserts.

Looking back on all of this I realized that the Rhodonite stone that I had been wearing helped me tap into what was going on physically for my pony and make the changes he needed. Saturday was the only day he actively sought the stone for himself and I believe it was because he needed a little extra support re-configuring his body much in the same way as I am seeking to reconfigure my own. This just goes to show how much our animal companions mirror us, sometimes in order to bring attention to issues with our own health, and how the energies of crystals are just as beneficial to them as they are for us. If you would like some more information on how you or your furry friends can benefit from the energy of crystals, please don’t hesitate to contact me with any questions or to schedule a session! 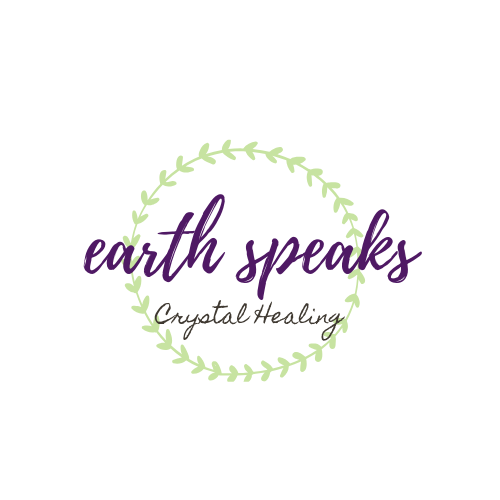